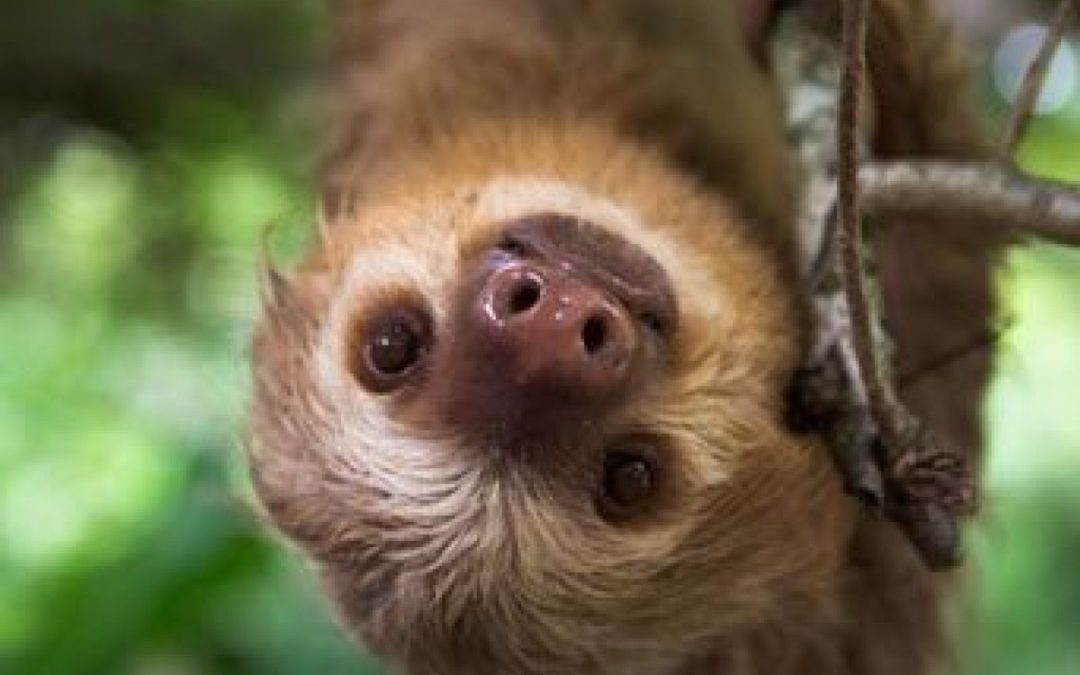 In August 2021, the sloth became the most recent Costa Rican national symbol.  A few weeks ago, the American airline Frontier announced that one of its planes will display its image.  “We are very honored that such an emblematic species of our country has become an ambassador of our nature every time it crosses the air in the tail of a Frontier plane,” said Ireth Rodríguez, head of the Costa Rican Tourism Institute.

For decades, through declarations and alliances such as the one that stars today the most patient of our mammals, our political leaders have successfully cultivated the image of a green Costa Rica. Beyond our supposed status as a sustainable country, there is something else that can be suggested from the gentle movements and slowed down life of our beloved sloth.

That additional twist can be found in an essay published in 2004 by Canadian journalist Carl Honoré, under a clear and suggestive title: Praise of Slowness. In that essay, Honoré asks himself some questions that should be everyone’s.  Why do we run around all the time? Is there an antidote to hyper-speed? Is it possible to do what we need to do, more slowly?  Is it desirable?  Let’s look into this, slowly but surely.

Honoré says that one fine day, while browsing a newspaper, he found a headline that caught his attention: “The bedtime story that only lasts a minute.”  The news explained that several authors have condensed the classic fairy tales into fragments, with the purpose of helping busy parents in the final stretch of their days.  Thus, Hans Christian Andersen compressed in pills during childhood is the perfect initiation for the “Don Quixote” summarized in adolescence.

The lack of time to read is compensated by the technique of speed reading. Delays at work are resolved with a faster internet connection.  In 1982, the American physician Larry Dossey coined the term “time sickness” to refer to the obsessive belief that there is no time in sufficient quantity, so “we must pedal faster and faster”. We suffer, to some extent, from the disease of time. We belong to a planetary sect that worships speed.

Today, choosing a profession is choosing a career. Pedaling faster and faster means working more and at a higher speed, which leaves us little time and energy for exercise and makes us more likely to drink too much alcohol or eat unhealthily. It is not by chance  that the fastest nations also have the highest number of obese among their population.  In his essay, Honoré estimates that up to one-third of Americans and one-fifth of Britons suffer from pathological obesity.

In Japan, a 2002 study revealed that one-third of men in their thirties were overweight.  In that country, the extreme consequence of endless working hours is contained in the word “karoshi”, which means death from overwork.  This dark outlook is addressed in a fascinating and revealing documentary entitled Salaryman (2021), directed by Costa Rican Allegra Pacheco, which will premiere on July 7th, at the Cine Magaly, in San José.

The Slow movement is a cultural current that promotes fuller forms of life and brings together a number of groups in favour of deceleration. Some, such as slow food, focus on a specific aspect of everyday life. Others encompass in their lines of work a kind of philosophy of slowness, such as slow cities, which integrates more than sixty communities in Italy, the Long Now Foundation, based in the United States, and the Society for the Deceleration of Time, in Austria.

Hyper speed inevitably leads us to scratch the surface of things, which means that we cannot establish close links with other people or with the world in which we live. As the Czech writer Milan Kundera proposed, in a novel entitled precisely Slowness (1996), “When things happen too fast, no one can be certain about anything, about anything at all, not even himself.”

Running is not always the best way to get things done.  Our beloved sloth knows that well, whom in this context reveals itself as something more than the last postcard of evergreen Costa Rica.  Imagine his life in screensaver mode and his movements in slow motion.  In the mornings, the sloth climbs to the treetops to get the energy from the sun. When the heat increases, this master of energy saving returns to the shade, where he feeds and remains most of the day.

Thus, the sloth spends very little time on land, under the threat of predators such as the jaguar. It makes the quick reactions and the enormous amount of energy involved in those reactions unnecessary. The sloth is the last rebel of our time. The anti-system tropical mammal. The guru of deceleration who, for the pleasure of lovers of paradoxes, will soon fly in the tail of a passenger plane, at a thousand kilometers per hour.

A reading time calculator ensures that reading this article will take less than 10 minutes.  That is, less than 10 compressed pills of Hans Christian Andersen.  It is therefore convenient to conclude it here and offer the reader a couple of minutes to do nothing.  Nothing at all. Happy slowed down day.