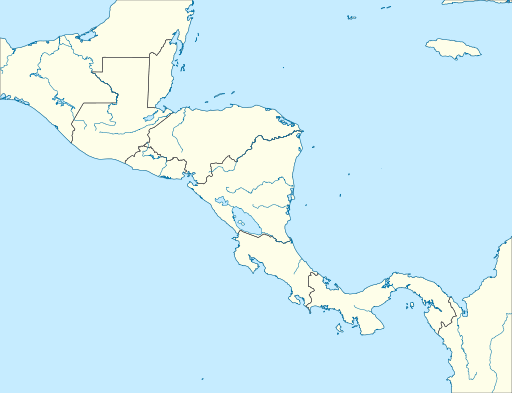 The strange privilege of being the most dangerous country for those who defend the planet is disputed, since 2017, between Honduras and Guatemala. Le Monde says that this country is Honduras, based on the 123 murders recorded between 2010 and 2017. On the other hand, BBC Mundo indicates that Guatemala, with 16 murders in 2018, has become the most dangerous country for environmentalists.

Guatemala, Honduras, Nicaragua and Costa Rica have ratified Convention 169 of the International Labor Organization, which requires an indigenous consultation before developing any project. That does not mean that this agreement is always fulfilled, as in the case of the Agua Zarca Hydroelectric Project, which was developed by the Honduran company DESA on the Gualcarque River: a sacred place for the Lenca indigenous community.

In some cases, consultation with indigenous peoples has been made after the operation permit has been granted. This was the case with the hydroelectric plant built by the Cobra-ACS group on the Cohabón river in Guatemala. In July 2019, a magistrate of the Supreme Court requested that the license of the hydroelectric plant be suspended “until the rights of the Q´eqchí people are restored”.

International financial institutions, such as the IFC (International Finance Corporation) or the FMO (Dutch Development Finance Company), finance projects that meet environmental and social requirements that are usually more stringent than those defined by the legislation of each country. This in order to protect their reputation, legality and assets. Therefore, the murder of an environmental activist associated with any project funded by them becomes their worst nightmare.

Despite the demands by the International financial institutions, they are not infallible. For example, the FMO faces a lawsuit in the Netherlands for the case of the Agua Zarca Hydroelectric Project. On the other hand, in December 2018, the Pedro brothers were killed, as they were opposing to the development of the San Andrés and Pojom II99 dams in Guatemala, which were co-financed by the CABEI (Central American Bank for Economic Integration), the IDB (Inter-American Bank of Development) and the KfW (German Investment Corporation).

In remote areas, communities are at a disadvantage in the face of power of private companies and other private players, according to the report made in 2019 by the Guatemalan Human Rights Ombudsman and the Office of the United Nations High Commissioner for Human Rights (OHCHR). If are isolated from the crowds, as is the case with a lot of activist environmental work, you are leaving yourself in a very vulnerable position.

In 2015, Honduran activist Berta Cáceres won the renowned Goldman Environmental Award for her work with the Civic Council of Popular and Indigenous Organizations of Honduras (COPINH). According to the Goldman Prize website, “Berta Cáceres brought together the indigenous Lenca people of Honduras and undertook a grassroots campaign that successfully pressured the world’s largest dam builder to withdraw from the Agua Zarca dam.” Cáceres was killed a year after receiving that award.

In 1994, after reporting death threats to the press, three leaders of the Costa Rican Ecological Association (AECO) were found dead after the fire in the house where they were staying. The police handled the fire as accidental. Similarly, in 2013, Jairo Mora, defender of the Baula turtles, was killed in Playa Moín, Costa Rica, after reporting to the police that he had received death threats.

In 2008, after obtaining a mining concession, the company Industrias Infinito tried to establish operations in Crucitas, in northern Costa Rica. At that time environmentalists strongly opposed the project. Whilst, for more than two years, various video coverages have shown the environmental and social damage caused by artisanal gold miners, environmental groups have asked the authorities to lay responsibility only on the land owners and not on the artisanal miners. That obvious prejudice against entrepreneurs erodes the credibility of environmentalists.

Two years after the murder of Berta Cáceres, seven people were convicted. Amnesty International described the results of the trial as a “half-truth” and said that the intellectual authors of the crime have not been identified. In Costa Rica, nine crimes committed against environmentalists between 1989 and 2014 remain unresolved. The only exception is the case of Jairo Mora, in which the Limón Criminal Court sentenced four detainees. If after reading all these recommendations environmentalism is still an option, you are one of the people who can make us live on a fairer and more balanced planet. If, on the contrary, environmentalism has not been a choice but a necessity, as for indigenous groups that defend their territory, your work is necessary to preserve the rights of those groups. In both cases, the merit is huge.