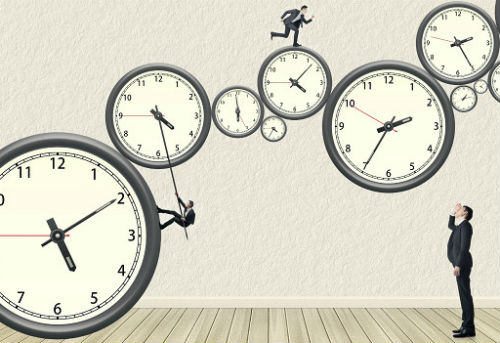 The fight against the reduction of the working day arose with the industrial revolution and the arrival of electricity. This innovation made it possible to create the 24-hour work scheme, which negatively affected the health of the workers and resulted in lower production performance. On May 1, 1886, in Chicago, an important event in labor history took place: the fight for a daily maximum of eight working hours. Since then, International Labor Day is commemorated on that date.

Despite the fact that this translates into an increase in the physical and mental well-being of workers, not all countries have accepted this working day. This depends on various political and social factors, and each government is responsible for establishing the terms of the working day in their national legislation.

There is a difference between the working day established by law and the actual or effective working hours. In 2020, the Organization for Economic Co-operation and Development (OECD) produced an estimate of actual recorded working hours in its member countries.

Of the 37 countries that make up that organization, Costa Rica has an average of 43.9 hours per week. This makes it the fourth highest result worldwide and the third highest in Latin America; only behind Colombia (47.6 hours), Turkey (45.9) and Mexico (44.7). In Europe, the average of the European member countries is 37 actual working hours per week.

Another fact from the OECD reveals that, on average, the Costa Rican labor force allocates 1,913 hours to work each year. This raises the question: are Latin American countries more productive? The answer is no. These countries are less productive due to factors such as working conditions, availability of inputs and technology.

According to research carried out in Iceland, between 2015 and 2019, working fewer hours for the same salary improves the well-being of workers, without this representing a loss of productivity. In this investigation 2,500 employees participated, who went from working 40 hours a week to 35 or 36 hours, without salary reduction.

Published results show that workers’ well-being increased dramatically across a range of indicators such as perceived stress and burnout, health, and work-life balance. Participating workers felt more energized and less stressed and spent more time exercising and seeing friends and family, which had a positive impact on their work.

According to the dean of the Faculty of Social Sciences of the Universidad Nacional, Vladimir de la Cruz, in an interview published on February 19, 2020 in the newspaper La República, reducing the workday increases rest, leisure and recreation. In addition, it improves physical and mental health, offers educational and cultural opportunities, implies greater employment opportunities, reduces unemployment and is a way of fighting against economic crises.

As a result of the reflections generated by the pandemic, in countries such as Germany, Spain, France and the United Kingdom, the idea of adopting a four-day workweek with shifts of between 35 and 40 hours per week is gaining popularity. In Colombia, solutions have begun to be implemented to gradually reduce the long working day. It is expected to reach a 42-hour work week by 2026.

Could a reduction in the working day of 48 hours per week be applied in Costa Rica? At the moment, apparently not. There is only one bill that would make working hours more flexible, by applying a weekly shift made up of four 12-hour days and three rest days.

The reduction of the working day, would guarantee better physical and mental conditions for the workers of the companies in our country. This would generate greater productivity and a benefit for Costa Rican families. Work less and produce more. That is the idea that we must promote.