How to be a geologist and not die in the process?

How to be a geologist and not die in the process? 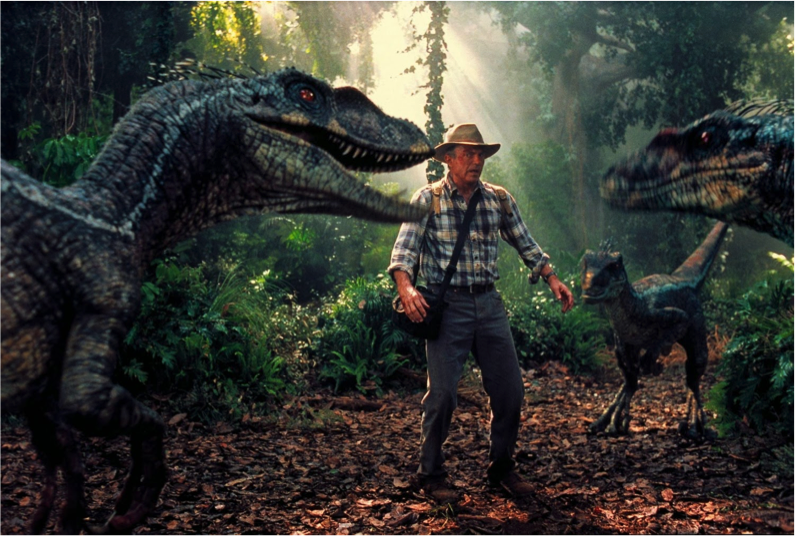 Remember the movie of the nineties about JFK? Kevin Costner played Jim Garrison, the famous lawyer who initiated the case to determine who had killed President Kennedy. His eloquence, elegance, and distinction rhymed with the importance of his mission: to decide who was guilty of the most mediated murder of the second half of the 20th century.

Now let’s think about the Jurassic Park movies. Remember the geologist and paleontologist Allan Grant who played Sam Neil? You will remember him because like Kevin Costner, Sam is at the center of the action, although for a short time. At least he was, shortly before fleeing so as not to be devoured by a pair of velociraptors. Are we geologists destined to die in the jaws of a dinosaur?

The films reveal stereotypes in their absolute cruelty: lawyers are essential for society; geologists are expendable. According to this stereotype, geologists only support engineers, we never arrive in time to prevent disaster and live disconnected from reality, somewhere lost in our world, away from those who make important decisions. How is it possible that we are dispensable when we are the ones who find the mineral deposits and the oil fields that have given the money to those who make the important decisions? What do geologists have in our favor to reverse this situation?

Geologists are able to see an outcrop (sophisticated word meaning “rock wall”) and interpret what happened there, or somewhere far away, many or very few years ago. We have a lot of imagination. Albert Einstein said: “I am enough of an artist to draw freely upon my imagination. Imagination is more important than knowledge. Knowledge is limited. Imagination encircles the world”. The model of the twentieth-century scientist points out that creativity and imagination are essential to generate knowledge. 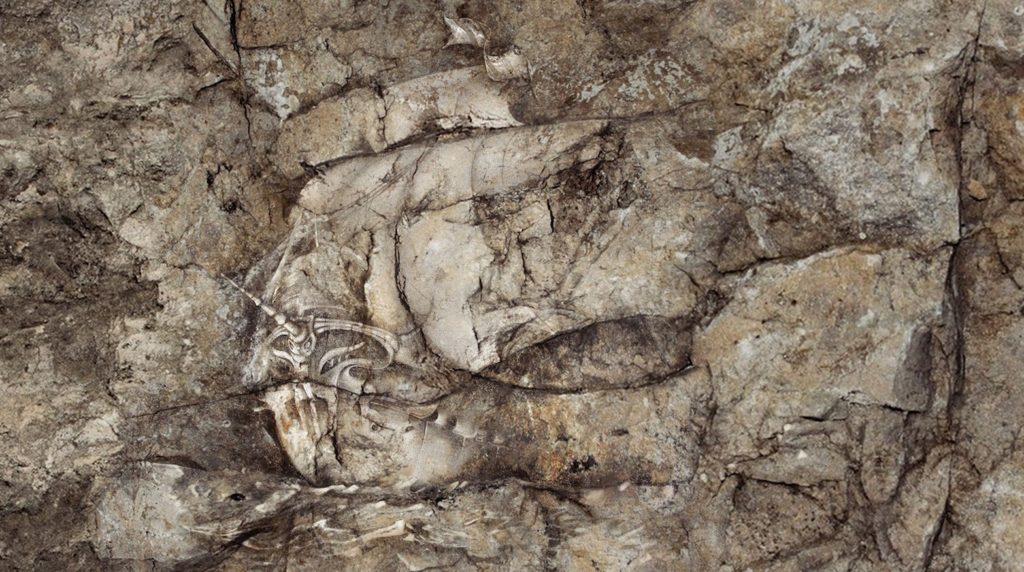 What do we see in this image? The artist Ciruelo, in his work Petropicto (2014), has taken advantage of the superficial appearance of this rock, with its natural coloration and its cracks, and has carved a fantastic caravel that takes us towards a mysterious and unknown journey. What do we geologists see? We see a limestone, moderately fractured, due to different types of forces, coming from different directions. Oh, and we also see the caravel. 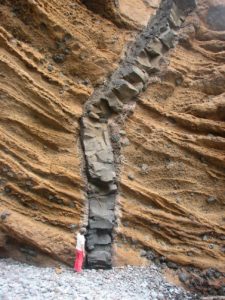 In this other image, what does the geologist see? An intrusion (probably a gabbro) that has cut through a sequence of sedimentary rocks (probably sandstones) that are necessarily prior to the intrusion. Of course, he also sees the foot of a giant insect that was embedded in the sand. The rest of the body of the insect does not appear because it would be too frightening.

What else can we say about this hybrid between geologist and artist, between scientist and fabler? That the contemporary world is ideal to demonstrate our ability to imagine and lead in multidisciplinary spaces.

If we stop being weird, disconnected and misplaced we will have good tools to visualize. Our capacity for communication and ability to dialogue with others can be accompanied by readings and concerns about other “non-geological” issues that help us open our perspectives.

It should not be the economists or the lawyers who lead the discussions that allow us to understand the world in which we live. It could also be the geologists. The geologist of today knows that the challenges of sustainable development are addressed as a team and knows how to communicate clearly, so that other professionals understand his value. At least he must know, if he does not wish to be the next dinner of a velociraptor …