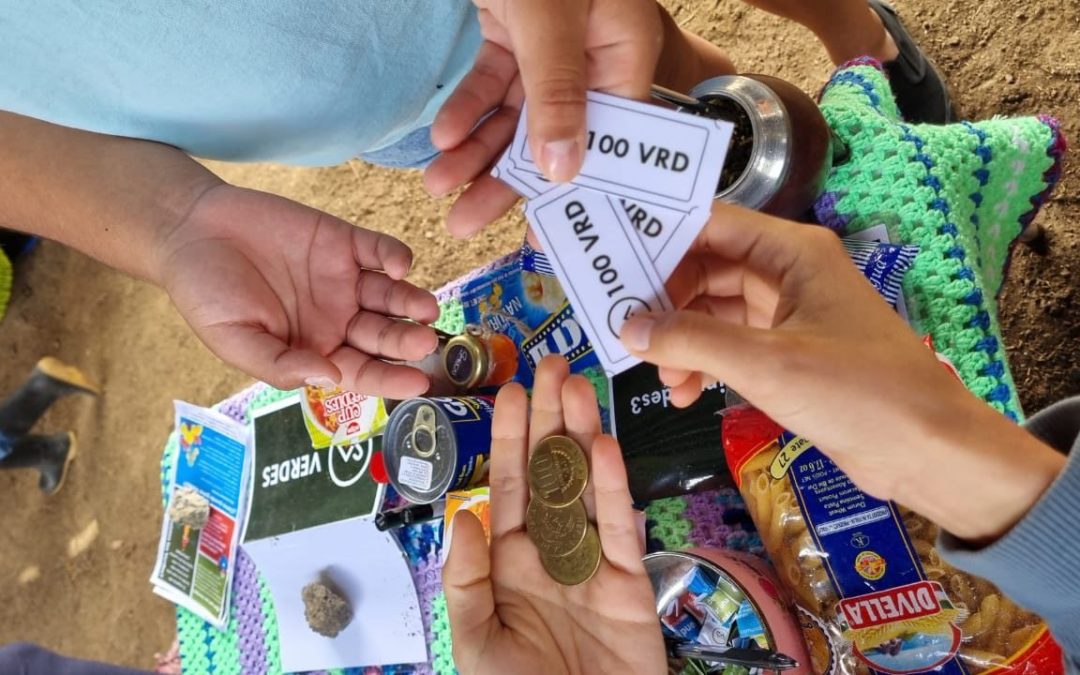 A few months ago, looking for a home and a community related to my principles, I moved to the mythical, remote and touristic Monteverde. Since I arrived I discovered what I was looking for and much more: I have flown in aerial yoga classes, I have peeked into the hidden world of orchids, I have begun to investigate the taste for coffee and I have followed the captivating trail of a quetzal. However, the thing that has made me fall in love the most has been the small and large actions that many people undertake in this place, with the purpose of developing a community in harmony with nature.

One of those projects is Verdes: a complementary currency that was proposed during the first months of the pandemic, when tourism in Monteverde faded and most families in the area lost their jobs. This led the community to think of solutions and as a result this currency was created, which allows bartering and meeting the basic needs of people.

Complementary currencies have existed for thousands of years, when various communities sought ways to pay for the goods they needed to meet their needs. However, the concept of complementary currency began to be used as of the 21st century and was proposed as a monetary system created outside the official currencies of a country, in order to promote economic, social and environmental projects. As its name indicates, it is a system that aims to complement, not replace, the official currency.

Its reason for being also has a moral background, which seeks to promote principles contrary to the traditional monetary system. Conventional currencies promote dynamics such as competition, reductionism, hierarchy, and verticality, while complementary currencies promote values ​​such as cooperation, equality, synchronicity, trust, and justice. The official are issued and controlled by central governments and the complementary by communities.

Over time, complementary currencies have also been called local, regional, social, alternative or communitarian. In any case, regardless of the way we name them, they have all been created with the purpose of constituting less speculative economic systems that improve the social welfare of the territories in which they are used.

In addition, complementary currencies play an important role in recognizing people’s chores, promoting a sense of belonging, fostering interaction between communities and giving names and surnames to the products we consume. All of the above instead of individualism and consumption without control or awareness promoted by conventional currencies.

In Monteverde, the complementary currency has been created with three main objectives: to promote exchanges between its members and thereby strengthen the local economy, to reward environmental actions and volunteering, and to increase economic resilience.

The first objective has been achieved through a virtual platform where people from the community can offer their products for sale. Also, in the monthly meetings and in the Mercadito Verde in which the producers and artisans sell their products in a percentage of Verdes, the first and third Saturday of each month.

The second goal is achieved every time those who attend environmental education events, such as the permaculture classes held once a month, are paid in local currency. Or, to those who adopt sustainable practices such as composting organic food from home or walking to work.

The third goal is the most difficult to achieve, as ensuring economic resilience for the community involves many challenges. However, the pandemic showed that this currency met many needs of people who were able to exchange goods using Verdes.

On the other hand, the reluctance of many people to face a transition and use a complementary system to the traditional one has been the main obstacle that this process has encountered along the way. The need of families towards the beginning of the pandemic allowed new possibilities to be tested, but now many do not think it is necessary or important to keep this project alive.

Hopefully Verdes remain among us and even that these types of projects are replicated in other communities. In this way we will be able to live in communities in which collective learning prevails over individualism and in which fairer social dynamics, more responsible consumption, more real economies and more ecological lifestyles are encouraged.